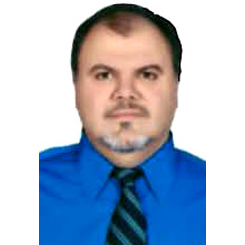 Claudin-1 role in colon cancer: An update and a review

Characterization and analysis of claudin-1 expression in colorectal cancer and its metastases: A pilot study

The Claudins family: Structure and function in normal and pathologic conditions

Claudin gene: Structure, function, and promise in the fight against cancer.

Claudins in human cancer, a review

Immunohistochemical expression of Mdm2 and p53 in penile verrucous carcinoma

Diagnostic and pathogenetic implications of colorectal carcinomas with multidirectional differentiation: a report of 4 cases

The Architecture of Colonialism, Morocco, 1912-1932: An Inquiry Into the Determinants of French Colonial Architecture

CLAUDINS ROLE IN ONCOGENESIS: AN UPDATE WITH A LOOK AT THE ROLE OF CLAUDINS IN ORAL SQUAMOUS CELL CANCER

FDP and D Dimers and Their Use in DIC and Other Conditions.